THERE OUGHTA BE A LAW!

How many times have you read about or seen animal cruelty and said, “There oughta be a law” but didn’t know how to go about it? If you don’t remember your 4th grade civics class, here’s all you need to know about the legislative process in New Jersey.

How Does It Work?

In New Jersey we have a 2-year legislative session. This session began January 2018 and will end January 13, 2020.

We have 2 legislative houses—the Senate and the General Assembly. Every municipality is in a specific Legislative District—there are 40 in NJ. Each District has 1 senator and 2 assembly members. (These are not to be confused with your 2 FEDERAL SENATORS and 1 FEDERAL CONGRESSMAN.) Click here to find out who your STATE legislators are.

When a bill is introduced, it is goes to a Senate Committee or an Assembly Committee (depending on who introduces it: a Senator or an Assembly member). Senate bills are designated by an “S” and Assembly bills by an “A”­for example, S478 and A2354. If a bill is designated as S478/A2354 that means an identical bill has been introduced in the Senate and the Assembly. They are referred to as companion bills.

It is not uncommon to have a Senate and an Assembly version going through the process simultaneously. Once a bill is voted on favorably by a committee, it then passes on to its respective house – ­Senate or Assembly – ­for a full vote. When the bill passes both houses, it goes to the governor who can either sign it into law or veto it.

The NJ Office of Legislative Services (OLS) has prepared an excellent handout that presents an overview of how a bill becomes a law. It can be a lengthy process but you, as a citizen of New Jersey, can take an active role in every step. An integral part throughout that process is communicating with your legislators who ultimately decide which bills become laws.

Now That You Know Who Represents You, How Do You Get Their Attention?

Believe it or not, your legislators want to hear from you! They represent you and want to know about your concerns. Your input is the most important part of the legislative process because it can determine how your legislators will vote. If we, as animal advocates, are not involved in the legislative process, we cannot complain when laws affecting animals go against them.

Each time you make a phone call or send a letter, you are letting your legislators know that you speak for animals. Animals do not vote but you do! If your legislators are not responsive to your concerns, elect those who are!

Get to know your legislators and their stand on animal issues. Read the newspapers. Visit the New Jersey Legislative Web Site to see if they have sponsored any animal legislation (pro and anti). Call APLNJ to find out how your legislators have voted on previous animal bills.

There are a variety of options for reaching out to your legislators: phone calls, visits, letters/faxes, and web- and e-mails. If you’ve never met your legislators, it’s a good idea to call for an appointment. A short meeting can go a long way to establishing a solid working relationship. 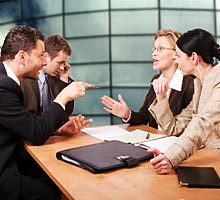 — Don’t be afraid to call. Most often you will get a receptionist or an aide to the legislator who will take your opinion and ask for your name and address. That’s it. It’s a rare occasion when you will have time to discuss the issue at hand in depth and an even rarer occasion when you will be asked why you have taken that particular stance on the issue. They are generally tallying calls in favor of or opposed to a bill. If by some chance your legislator answers the phone, simply express your opinion clearly and firmly. And remember, they put their pants on one leg at a time, just like you!

— Become informed. Before you contact your legislator, be sure you are informed about the issue. Because there are many bills pending in any session, it’s helpful to refer to the bill number, such as S1234 or A4321.

— Identify yourself and briefly describe the legislation, including the bill number.

— Ask to speak or meet with your legislator, or the legislator’s aide.

— Clearly summarize the issue and don’t assume your legislator knows anything about the bill. Unless your legislator is the sponsor of the legislation, the bill you mention is one of hundreds vying for his or her attention.

— Listen to what the legislator is saying, even if you disagree with the statements. There’s no point in talking about aspects of the bill upon which there is agreement. Focus primarily on those that may affect the legislator’s position on the bill.

— Don’t be afraid to say, “I don’t know.” If you’re asked questions and you don’t know the facts, just say you’ll get back to the legislator. It’s better to get additional facts or clarify a position than to have to correct misinformation.

— Send a letter after your phone call or visit, thanking the legislator for a favorable position and supplying additional information you agreed to supply. 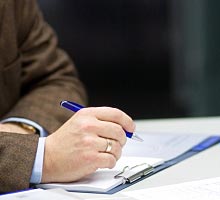 Letters are still far and away the best way to state your position on a bill. Emails are acceptable (all NJ legislators have an email address) and some, but not all use Twitter. Call their office. Ask your legislators office how they prefer communication.

— Letters/faxes should be no longer than one page. Stick to one issue.

— Include your full name and address. Be polite and to the point.

— Identify the legislation in the first paragraph with a few words and the bill number.

— Avoid sending form letters or pre-printed postcards. If you are unfamiliar with an issue, a sample letter can give you a crash course in the details of the legislation, but a brief, original letter goes a long way in getting your legislator’s attention.

— If you use email, treat it as if it were a letter. Put your legislators name and address at the top of the email and at the bottom put your full name and mailing address. Do NOT just use your email address.

— Ask for a response. If you don’t get one within a month’s time, follow up.

Sources Of Information About Legislators, Legislative Process And Pending Legislation

NJ Office of Legislative Services (OLS) is a valuable source of information. The staff is knowledgeable about the legislative process and can answer any question you have. OLS can tell you the sponsors and co-sponsors of a bill, its status (e.g., the committee to which it has been assigned), and even provide you with a copy of the bill. Call OLS at 800-792-8630.

Go to the New Jersey Legislature website and you’ll be amazed by the amount of information available. For example, you can search for a bill by number, subject matter, or sponsor. OLS is also available to help you navigate the website.

New Jersey League of Women Voters publishes an excellent legislative handbook titled “New Jersey Citizens Guide to Government. Contact them at (800) 792-VOTE or visit the League for an online version of the guide.

Sign up for APLNJ’s Email Action Alerts so that you’re kept informed about legislation (as well as other time-sensitive issues) affecting animals in New Jersey. 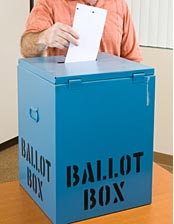 Are you a registered voter? Yes? Great! No? Please become one! Download a Voter Registration Application or call the NJ Division of Elections at 609-292-3760 for an application. Remember, you are the voice for the animals. Register today and vote for those who vote for the animals.