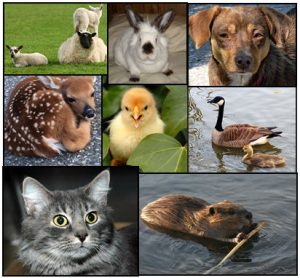 In Memory of Matt

Matt Fancera was APLNJ’s friend, colleague, and Advisory Board member.

Matt passed away suddenly from a heart attack, at the age of 49 on April 5, 2003. As a tireless worker for animal liberation, he will be sorely missed. For those who did not have the honor of knowing him, Matt was a long-time vegan and animal activist with APLNJ.

The picture entitled, “A Bunch of Lazy Bums,” shows Matt relaxing with (clockwise) Christopher, Jezabel, Ricky, Harley, Woodrow, Kelly, Clifton, Mr. Gray, Sheena, Rutherford, Phoenix and Max. All of us who knew and loved Matt have memories of him that will keep us smiling for the rest of our lives. Matt touched all of us in ways we will never forget.

While we will attempt to give you a feel for what Matt represented to those of us who loved him dearly, no words can do him justice.

Matt was born on April 16, 1953 in Newark, New Jersey. Matt grew up in Newark, or “Nork,” as he would say, and was in most ways, a city boy at heart. His “Nork” came out whenever he was angry or upset. Matt’s overwhelming sense of justice and compassion inspired him to act on behalf of those who could not speak for themselves. Even as a young boy, his compassion for animals was evident.

While at a summer camp, Matt staged an “ALF” action. Late at night, a

friend and he released all the turtles and snakes from the confines of their unnatural cages in the camp’s nature center. They tried to make it look like they escaped on their own, but as Matt grew up he realized the hard truth that they had no chance of escaping on their own.

Matt spent the rest of his life exposing the lies, rescuing animals and being a caring life partner to Janine Motta, (APLNJ’s programs director). He was a unique character—funny, cranky, and outspoken.

Matt first got involved with animal activism by attending fur protests sponsored by Friends of Animals in the early 80s. He became a dedicated volunteer with APLNJ in the late 80s, after one of our members stuck a leaflet under the windshield of his car that was covered with pro-animal bumperstickers.

He served as a co-coordinator with Janine for many years in APLNJ’s Shore District. He has given talks all over NJ, staffed hundreds of community booths, gave presentations at schools, served on APLNJ’s dissection committee, and in his capacity of Advisory Board member helped to develop many of APLNJ’s policies. He had numerous talents, including cooking which landed him the coveted title “chief chef” at recent animal rights festivals. Matt was involved in many animal rights issues, but he was particularly drawn to the plight of animals in vivisection and as such, spearheaded APLNJ’s anti-vivisection campaigns. Please visit AskUsWhy.com to learn more about this issue.

Matt brought his own brand of brilliance to APLNJ; he was a keen speaker, articulate, and well spoken. Although he wouldn’t agree with this characterization, our experience with him proved otherwise. We relied on his valuable input all the time. His presence is seen and felt everywhere.

Matt was also the official APLNJ handyman. Through his business, Painting Plus, many APLNJ members and associates hired Matt to do odd jobs and work on their homes. Most of that work involved building safe enclosures for rescued animals. His love for his work turned him into an inventor. He built raised litter boxes for those who had trouble bending over. He invented many things that made it easier for people to manage some of the tougher tasks involved with animal housing and rescue.

On a personal note, Matt had an amazing sweet tooth, always on the lookout for new vegan snacks, candy, and pastries. He loved sports car racing, and enjoyed watching “Buffy” and reruns of Columbo. Most of all, he loved spending time with Janine and all their animal companions.