NO MORE BEAR KILLING ON ALL LANDS IN NEW JERSEY 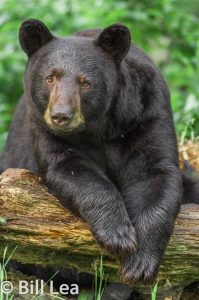 Despite what he has said (and what he’s being told), he CAN stop the hunt on ALL lands in New Jersey. New Jersey’s governor has broad powers to issue executive orders and he can issue one to stop the hunt. See below for a Q&A about this issue.

1. Contact Governor Murphy now at 609-292-6000 or @GovMurphy. Do not let him hide behind a 2005 court decision that does NOT affect his powers. Demand he stop the hunt on all New Jersey lands

3. Get involved. We, and the bears, need you. Help us educate the public. Support us financially so we can continue our work to permanently protect black bears. Sign up for our email list by emailing info@aplnj.org.

Yes! Doris Lin, Esq., staff attorney for Animal Protection League of NJ has answered questions many of us have about this issue:

Q: So why does Murphy’s press release say that he can’t stop it?
Doris Lin: The press release INCORRECTLY states that the governor is limited by a 2005 State Supreme Court decision. However, that court decision applies only to the commissioner who approves a bear policy. The 2005 Supreme Court decision does not apply to the governor. The decision also says nothing about a new incoming commissioner who was not involved with the previous administration’s bear policy. U.S. Sportsmen’s Alliance Foundation v. NJDEP, 182 N.J. 461 (2005).

Q: How can Governor Murphy stop the bear hunt?
DL: The governor has broad powers to issue executive orders, and Murphy could issue an executive order. Kenny v. Byrne, 144 N.J.Super. 243 (App. Div., 1976). He could also end the hunt by settling the lawsuit filed by the League of Humane Voters of NJ and the Animal Protection League of NJ.

Q: Did you give this information to the governor?
DL: Yes, we had a conference call with the governor’s policy advisor and his attorneys. Despite the plain words from the court, they disagreed with us.

Q: If he can stop the hunt, and he promised to stop the hunt, why doesn’t he?
DL: We can only guess at the many political forces that may be at work here, but the law in this area is not the reason.